The mission of Redlands Christian Schools is to provide Christ-centered excellence in education while partnering with the church and home to advance God’s kingdom. This mission undergirds every aspect of learning and drives our commitment to a strong, integrated academic program. 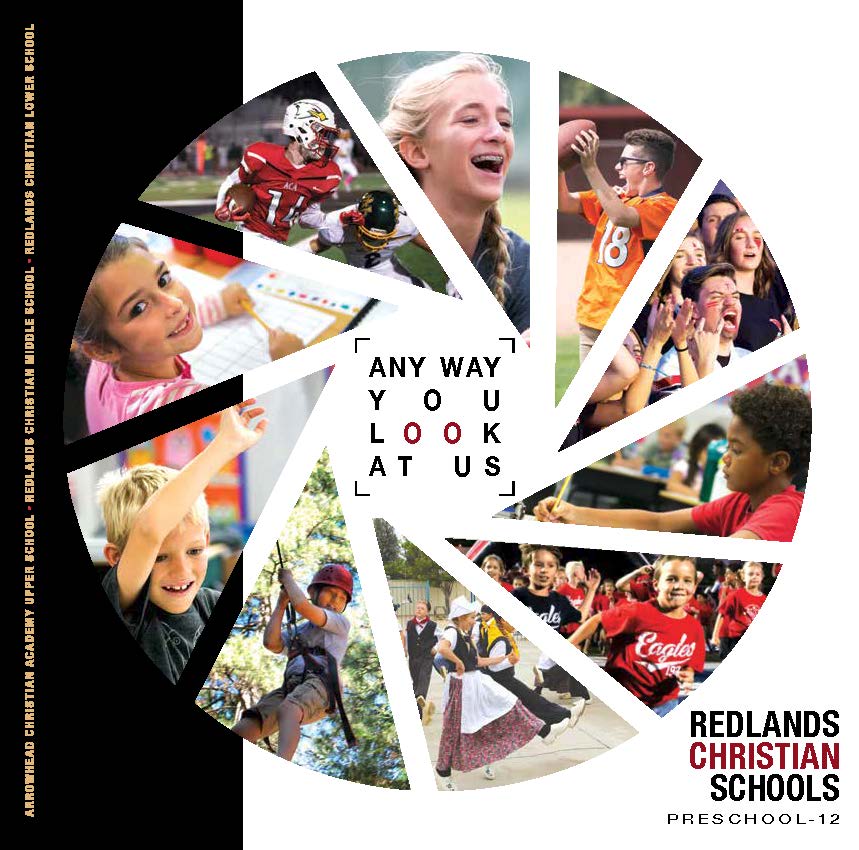 Redlands Christian School was founded in 1921 and embraces its rich heritage. It was one of the very first Christian schools in California and has operated continuously for more than 100 years with the vision to provide the best possible Christian schooling for students willing to accept the challenge of successfully developing their God-given potential.

After several years of planning and preparation, the boards of Redlands Christian School and Arrowhead Christian Academy announced a phased plan for the completion of the merger of the two schools onto ACA’s Tennessee Street site.

The merger has allowed the school to leverage the relative strengths of each institution and create a unified preschool-12 Christian school, something the board had identified as a key goal.