Imagine your child having the ability to speak more than just one language! While the United States lags behind other countries in teaching this invaluable skill, Redlands Christian School is at the forefront of immersion-based language instruction. This program is a unique option for students who want to become proficient in Spanish. One hundred percent of the grade-level content that is taught within the classroom is in Spanish. Once students reach 3rd grade, they receive some English instruction within the classroom.

Research indicates that learning a second language at an early age allows for greater native language competency and academic success. The goal of the immersion program is to produce bilingual students who are high academic achievers, proficient in Spanish, and both knowledgeable and appreciative of other Spanish-speaking cultures. An additional goal of the program at RCS is to see students develop their ability to share and receive Christ-like love with and from speakers of other languages.

We are committed to immersion at Redlands Christian School. As immersion students grow up and move onto a new grade, our program will grow with it.

Students become bilingual by learning the subject content in Spanish. Students in our Immersion program receive all instruction, discussion, and social interaction in Spanish, 100% of the time from Jr. Kindergarten through 3rd grade. The first English instruction is taught in 3rd grade. The model of the program is referred to as an early total one-way immersion program and is considered dual-language immersion. The frameworks we use for our explicit grammar instruction come from addalingua. The experts at addalingua provide professional development and support and assist with implementation of the research-based immersion model. The three-fold goal of the immersion program is to: Expect language, Empower students, and Embrace culture.

Since most students in our immersion program come from an English-speaking home, in the classroom, we focus as much time as possible in Spanish to immerse students in the immersion language. Students learn all content areas in Spanish to develop their proficiency in speaking, listening, reading and writing. In K-2nd grade, 100% of instruction and interaction in the classroom is in Spanish and 90% of the time in 3rd-5th grade. This dual-language immersion program model is called Early Total One-Way.

Because the process of learning in Spanish is different than in English, our explicit Spanish and English instruction comes from our partner company, addalingua. The experts at addalingua provide our teachers' professional development and provide the structure to our immersion model.

Starting in 3rd grade, English instruction is embedded with Social Studies instruction to give context for students' English language use. Students learn rules specific to English grammar that do not also apply to Spanish.

Students can join the immersion program in JrK or when we have openings in Kindergarten or 1st Grade. The latest time to start enrolling students without prior immersion experience is in the first half of 1st grade.

We hire teachers who fit well at RCS—men and women who are active Christ-followers, who have experience in education and working with children, who know how to teach, and who are native speakers (or speak as though they are) and biliterate at that

Follow this LINK for more details of the Spanish Immersion Program in Middle and Upper School.

Research consistently shows that an immersion experience stimulates English-language development. It should be noted that full immersion students’ English development may appear to lag temporarily in reading, spelling, and vocabulary while they’re exclusively in immersion. However, after some time (it varies from a few months and up to a year or so of instruction), this discrepancy disappears. It is important for parents to understand that this lag is temporary and is to be expected.

In addition, in language acquisition, each child’s communicative skills range and progress uniquely to everyone; their receptive skills (listening and reading) typically develop before their productive skills (writing and speaking). Parents have a responsibility to provide their children with experiences that will enhance their English language development particularly by reading to their child regularly. Overall, being in a dual-language program provides significant cognitive and academic benefits, including enriching a child’s English literacy as well.

First, most children who grow up in homes in which at least one parent is a native English-speaker acquire English syntax (structure/grammar) and basic vocabulary through interaction with caregivers, relatives, and media by the time they are of school age. Because of time spent in the English language outside of school, the classroom can then become the environment in which immersion students expand their Spanish vocabulary and acquire Spanish syntax. Interactive classroom read-alouds and guided reading groups allow immersion students to add to vocabulary they have already acquired by listening and responding to their immersion teachers during class time.

Additionally, reading skills such as learning to scan sentences from left to right, decoding or deciphering meaning from context or pictures, looking for semantic clues, are all “transferable” between many languages. Students who learn to read first in Spanish transfer those same skills to English (or vice versa) and are ultimately able to then attain grade-level reading competency in two languages rather than just one. Already starting in our JrK immersion classroom, students learn letter sounds in Spanish and understand syllables. They often begin forming words. They are formally taught to read in Spanish at RCS in our immersion program. Because English and Spanish share similar features (reading is from left to right in both, many letters share sounds, the alphabet is similar, etc.) some students will learn to read in both languages simultaneously. Other students might be reading in English before stepping foot in their classroom or might begin reading in English first, even though they are in an immersion setting. Either way the transition between reading in one language or another is smooth.

Be positive and encouraging. Any child who can learn one language can learn multiple languages. It doesn’t mean there might not be challenges, but students need to be reminded that they can do it!

The most important thing you can do is to read to your child in English. This does NOT mean that you teach your child to read in English. If you can commit to reading to them in English and exposing them to English in a variety of social settings, you can trust the immersion model to that your child will become proficient at or above grade level in the immersion language and in English. In addition, immersion teachers are always working to make sure the work they send home is clear and that parents are given ideas of what they can do to support their child. 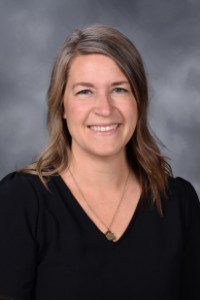